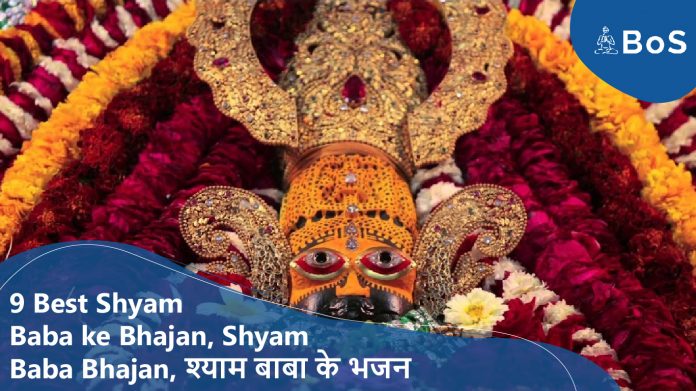 There are many religious places in our country which are famous for their miracles and boons. One of the same temples is the world famous Khatu Shyam temple of Sikar district of Shekhawati region in Rajasthan. Here, on the Dwadashi of Shukla Paksha of Falgun month, a huge fair of Shyam Baba is filled in which many lakhs of devotees from all over the country and abroad attend. Khatu Shyam fair is one of the big fairs in Rajasthan. In this temple, the grandson of Bhima and Barbarik, son of Ghatotkacha, is worshiped as Shyam i.e. Krishna. It is said for this temple that whoever goes to this temple gets to see the new form of Shyam Baba. Many people also see many changes in this Deity. Sometimes fat and sometimes lean. Sometimes laughing, sometimes so bright that even the eyes could not stand. The picture of Shyam Baba with an image of three heads on a separate head and bow was installed here. It is said that the temple was established by Lord Krishna himself after the end of the Mahabharata war.

The story of Shyam Baba begins from the Mahabharata period. He was earlier known as Barbarik and was the son of Ghatotkacha, son of Pandava Bhima and Nag Kanya Ahilwati. He was very brave and a great warrior since childhood and learned martial arts from his mother. Lord Shiva pleased him by doing austere penance and obtained three impenetrable arrows from him and got the famous name of three bandits. Agni Dev was pleased and provided him with a bow, which was able to make him victorious in the trilok.

The war of Mahabharata had become unavoidable between the Kauravas and the Pandavas, when they received the news of Barbaric, their desire to join the war was also awakened. When he arrived to receive blessings from his mother, the mother pledged to support the loser. He proceeded towards the battle of Kurukshetra with his three arrows and bow on his Leela horse, which was blue in color.

The omnipresent Krishna, wearing a Brahmin disguise, stopped him to become acquainted with Barbarika and also smiled at him knowing that he had come to join the war with just three arrows. On hearing this, Barbarik replied that only one arrow is enough to destroy the enemy army and after doing so the arrow will come back in quiver. If the three arrows are used, there will be a cry in all three worlds. At this, Krishna challenged him to pierce all the letters of this peepal tree, under which both were standing. Barbarik accepted the challenge and took out an arrow from his tunir and remembered Ishwar and walked towards the leaves of the arrow tree.

The arrow momentarily pierced all the leaves of the tree and began to spin around Krishna’s feet, as he had hidden a leaf under his foot, Barbaric said that you remove your foot or else it is your foot. Will hurt Krishna asked the child Barbarik from which side he would join in the war, then Barbarik repeated the promise given to his mother that he would take part in the war which is weak and moving towards defeat. Krishna knew that defeat in the war was only certain of the Kauravas, and if Barbarik supported him, the result would be in his favor.

The Brahmin expressed his desire for charity from the child, on which the heroic Barbareek promised him that if he would be able to fulfill his wish, he would definitely do it. Krishna asked for the donation of the head. The child Barbaric was shocked for a moment, but he expressed the firmness of his word. The child Barbarika prayed to the Brahmin to come in his real form and upon hearing about Krishna, the child expressed his desire to see his great form, Krishna showed him his great form.

At the end of the war, there was mutual tension and tension among the Pandavas as to who is credited with the victory in the war, on which Krishna suggested to them that Barbarik’s head is a witness to the whole war, so who can be better decisive than that. Everyone agreed to this. Sheesh of Barbarik replied that Krishna is the greatest character in conquering war, his education, his presence, his war strategy were decisive. He was seen only in the war, his Sudarshan Chakra rotating which was cutting the enemy army, Mahakali Durga was consuming blood filled cups of enemy army on the orders of Krishna.

Krishna Veer was very pleased with the great sacrifice of Barbareek and gave a boon that in Kali Yuga you will be known by the name Shyam, because in Kali Yuga, the one supporting the loser is able to bear the name Shyam. It is believed that once a cow came to that place, a stream of milk was automatically flowing from her breasts, later after the excavation, that head appeared.